Consider what would happen if all of a sudden two trillion dollars of consumer spending were released into the economy. If you’re like most people, you have a “Wish list” of things you’d like to do or buy – going to the doctor or dentist, fixing your car or buying one, a household repair or improvement, a vacation, a smart phone, or moving to a new home.

Left out of President Obama’s job plan is housing – the segment of the economy that we’re told has lifted us out of prior downturns. Mortgage debt constitutes over eight and half trillion dollars and if that were slashed by a quarter, the payments servicing that would flood into the economy.

How unreasonable is this? Consider it took two trillion dollars to bail out the banks in 2008 and 2009, who in large part caused our current mess and have done little to turn around the economy.

While it would take political heroism and risk to accomplish this, it is doable. Consider that recent audit of the U.S. Federal Reserve shows 16 trillion dollars in bank bailouts over time. Citigroup alone has received over two trillion dollars in loans so far.

All we need to do is reset mortgage payments across the board to one-third existing income, what they arguably should have been in the first place, and overnight folks would begin spending their monthly savings on their wish list, supercharging the economy.

Paul and Sarah Edwards are award-winning authors of 17 books on sustainable lifestyles with over 2,000,000 books in print. With the emergence of a global economy that challenges our well-being, they are focusing their efforts on training, consulting, and counseling to create sustainable local Elm Street economies. [Read more...] 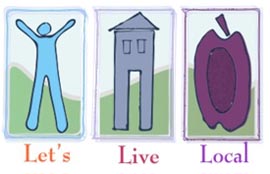