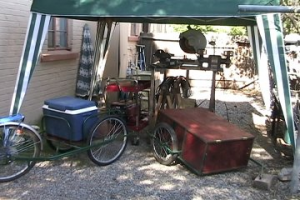 Paul and Sarah Edwards are award-winning authors of 17 books on sustainable lifestyles with over 2,000,000 books in print. With the emergence of a global economy that challenges our well-being, they are focusing their efforts on training, consulting, and counseling to create sustainable local Elm Street economies. [Read more...]