For us, the holidays are a break. Our son comes from Bay Area where he designs interfaces. It’s also a time to catch up on things we want to do and some we need to do. For too many people, particularly those past 40, like us, this holiday is a time of despair. Sometimes they blame themselves, but the basic principle at stake here is that the ability to earn a living is at the heart of “life, liberty and pursuit of happiness.”  Even during this Christmas holiday, thousands of workers got pink slips from corporations such as Citibank and Walgreen.

Those being laid off are middle class people who, usually through no fault of their own, are without a job or a business whose clientele are gone or no longer have the funds to use or buy what the business offers. 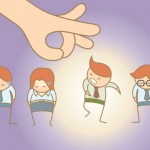 If you or a family member is not feeling it personally, you know from the news that federal unemployment insurance benefits are ending for 1.3 million Americans. These were not among those we think of as being poor.

Approximately 40 percent of Americans who have received long-term unemployment benefits since 2008 had previously earned between $30,000 and $75,000 and tw

o-thirds had incomes at least twice the poverty level. These include the young and the old, attorneys, financial executives, information technology experts, web designers, and hospital administrators – people from multiple occupations.  They were working for a company that was acquired, decided to downsize, replacing workers with automation or outsourced – a bad break that can happen to someone holding a job or owning a business dependent on the local or some segment of the economy, which for some reason undergoes change or becoming obsolete.

Most importantly, these people want to work, but often find they are told they are overqualified. For the most part, these are people who made earned their livelihoods through brains and personality. Some think of doing blue collar work, but find they don’t have the skills to become a mechanic or technician.

Health and emotional problems, particularly depress follows the loss of a job. America cannot afford these casualties of the economy. Talent is lost and when people become dependent, they become a burden on family and government institutions. Even when people take lower paying jobs, the economy loses because these people are not able to spend money that stimulate the economy and when they don’t have the money to spend, you can think of this lack of spending as draining the economy.

This problem is not expected to go away. In fact, it’s projected that a total of 5 million unemployed Americans will lose their benefits by the end of 2014.

If the Congress does nothing more in the next year than to make it possible for the millions of Americans who want to work to get the support and retraining needed, then Congress will begin to regain some of the trust needed to keep our way of life.

If you think we can help you, we offer webinars and consulting.  mailto:elmstreeteconomy.com